Local Running Back in a Sports Illustrated Cover style

LOCAL RUNNING BACK IN A SPORTS ILLUSTRATED COVER STYLE 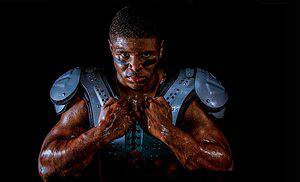 I met Dee as the son of one of my fellow law enforcement officers, Tyrone Fleming. Tyrone and I both worked the same shift for the Adams County Sheriff’s Office. When you face all the things we face on patrol, your shift-mates almost become like brothers and sisters. Through the course of those years, Tyrone and I kept up with goings on in one another’s personal and family lives. It didn’t take long to understand that Dee played outstanding high school football. Dee played at a couple of area schools, and finished up his career at Natchez Cathedral. In the process, he won a State Championship as their star running back. He now plays football for Louisiana Tech, a NCAA Division One Bowl Subdivision school.

The Study That Led To The Action

In the time just before making this creative portrait, I studied and practiced lighting patterns. There are certain very well known set-ups in lighting a subject when portraits are made. Lighting patterns known as Paramount, Loop, Rembrandt and Split don’t mean much to the average person. But for the portrait photographer, they are the fundamentals of lighting. However, beyond those fundamentals are many unorthodox approaches. Accordingly, I was studied various methods in order to be more creative with my portraits. Exploring some of those other lighting patterns led me to the work of Joel Grimes. I won’t go into details about how many lights, grids, and angles and such that he often uses. Above all, Grimes’ fearless approach utilizes shade, shadow and darkness to create drama. The rule he follows (and that I now use a lot) is that the more a light is “off angle” the more shadow it causes. The more the shadow, the more the dramatic effect. Grimes famous Sports Illustrated covers are widely appreciated for their stunning visual quality. Therefore, inspired by Grimes’ work, I set out to make a “Sports Illustrated” cover-style shot of my own. That’s when I thought about Dee. 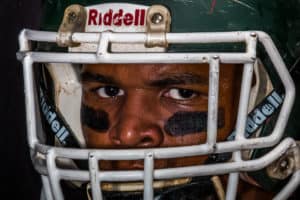 Creative Portrait In the Making

I contacted him to see if he might be interested, and he responded enthusiastically. The rest is history except for the details. For the session, I needed a rather large space for the backdrop and the lighting equipment. I phoned my friend and fellow photographer Stan Smith to see if I could set up at his store. Not only did he allow it, he even helped. The resulting creative portrait is one that most viewers agree is indeed reminiscent of a sports magazine cover. Drama and mood are definitely qualities of Dee’s portrait. Dee probably had no idea how much would go into creating his portrait. I remember the session lasted a couple of hours. He endured several wardrobe changes and many various poses and stances. He also suffered through being sprayed down with “simulated sweat” in the form of water and glycerin. However, he held up very well and did a great job being himself!

I learned a lot from this shoot, and definitely added it to my bevy of lighting techniques. Channeling Gregory Heisler, I follow the more “subject-centered” approach to how I light a subject. Heisler’s approach focuses most on the subject of his portrait. Of course, the end usage for the shot and the message of what the shot needs to convey are also important. Ultimately however, the person or subject of the portrait drives the story of the portrait. Similarly to Heisler, my focus on Dee in his portrait heavily influenced how I styled and executed his own portrait. It doesn’t matter that I used inspiring techniques and approaches of amazing artists in the creation. In studying the work and techniques of others (not copying their photos) other artists such as myself learn to create our own unique approach and style.

Dee’s Sport’s Illustrated Cover – High School Era! His portrait of course never made it to the real magazine. However, what I enjoy most about this Creative Portrait session has to do with its uniqueness. Despite having many, many images to remember his high school football career by, this one certainly stands out for him and his family, and will for a lifetime! 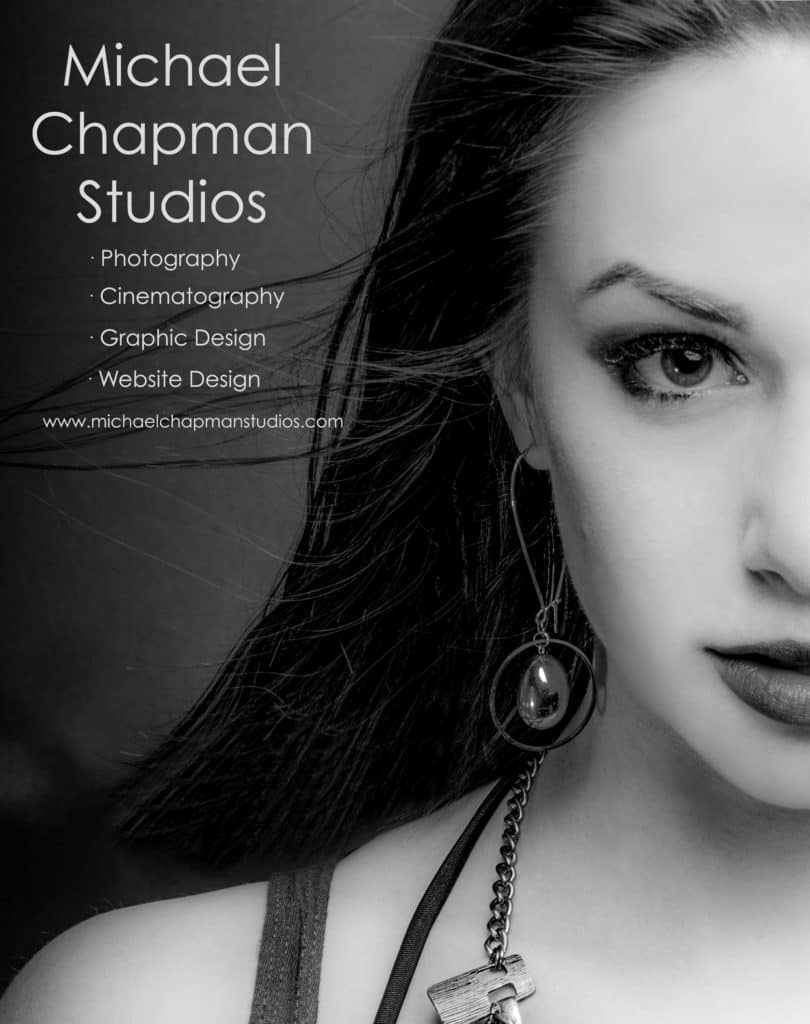 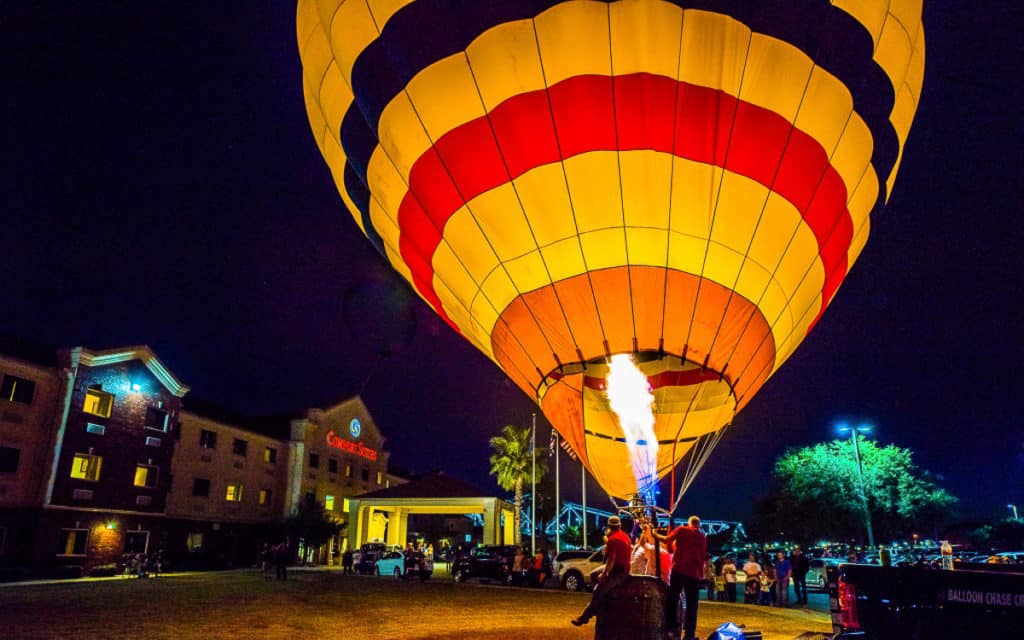